The hybrid battery is one of the most important and most expensive components of a hybrid car, hybrid battery replacement costs being high for any model. Even though hybrid cars allow their owners to save considerably on fuel, so your hybrid car has probably returned the value of the battery pack to you by the time the battery fails, nobody wants to be forced to shell out thousands of dollars, so here are a few tips about how to reduce the costs of replacements.

Make Sure the Problem is Caused by Battery Failure

Hybrid cars are complicated machines and the symptoms of battery failure can be caused by other faulty components as well. To be sure it is indeed the battery that causes the problems, take your car to a mechanic who specializes in hybrid cars and get the battery checked – who knows, maybe it is just an imperfect contact and you can avoid replacement.

Getting a used and reconditioned battery is another way to reduce the costs of hybrid battery replacement. There are many online vendors that sell reconditioned batteries and there is a chance that you can even find a seller in your town as well. These refurbished units cost much less than a new pack – prices stay in the hundreds -, but they are usually warranted for only a year or so. You must also know that not all mechanics are willing to do the replacement using a reconditioned unit, but you can get assistance with the procedure from the vendor.

Getting Your Own Battery Rebuilt 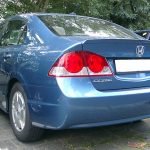 Many companies offer battery repair services for the  Honda Civic hybrid battery . They willcarry out a detailed and thorough evaluation of your battery, they will identify the faulty components and repair them or replace them. You will have to send your battery to the company and the procedure may take a while, but it is a relatively cheap way to get your car up and running again.

Getting a Battery from a Junk Yard

Getting the hybrid battery pack from a totaled car taken to a junk yard is also an option. Battery failure is very rarely the reason why hybrid cars get totaled, so chances are that you will be able to find a perfectly functional battery in a junk yard for the fraction of the costs of a new. The problem with these units is the same as in the case of refurbished units – not all mechanics are willing to do battery replacements using second-and units -but again, the technician at the junk yard can give you advice about finding a suitable mechanic.